Is Twitch Affiliate worth it? 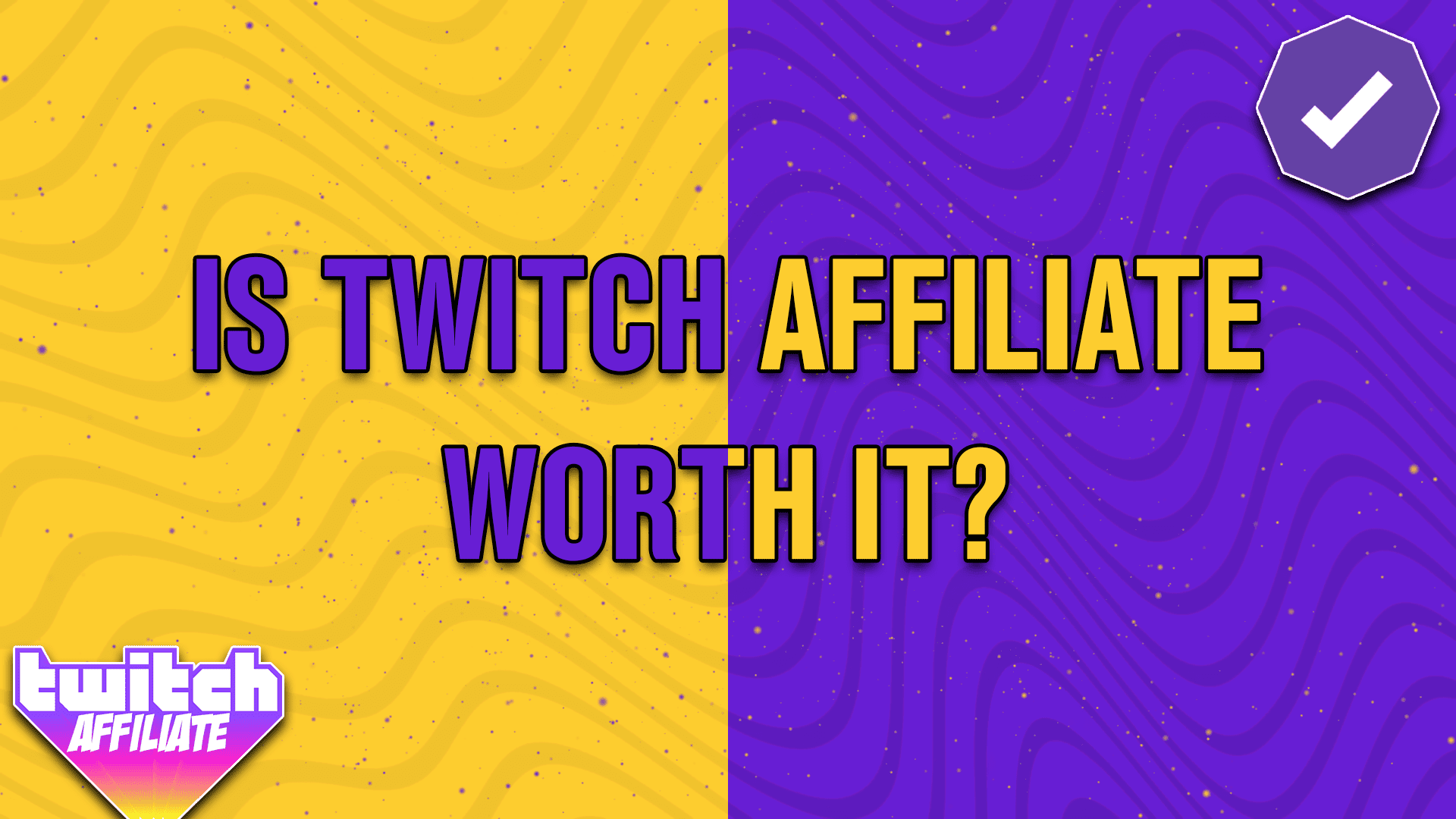 While the latter offer is looking to be accepted across the various communities, the former is raising a lot of debates on whether it is a worthy deal to go after or not.

In this article, we will discuss the good and bad of the affiliate program, explaining the reasons behind some successful streamers skipping on it completely, while other popular figures still believe the program still is a step in the right direction for a twitch channel on the way to becoming a professional streamer and going full-time.

Being an affiliate reinforces chat interaction and loyalty

When you start streaming games, you only have access to the bare minimum. Your viewers will basically have you playing the game and a chat to their disposal and it needs to be entertaining enough for them to have a good time and stay.

Once you become an affiliate streamer, you unlock several little bonuses that will make it easier to entertain your audience through various means.

It will never be as important as what you are showcasing on stream, but being able to use those perks reinforces the way viewers can be a part of your video game streaming.

A way to reward people’s time spent on your channel

The main attraction to the affiliate program is the ability to finally establish a clear, recognizable connection with your active users.

Through channel points and the ability to subscribe to your content, viewers can quantify and show the world how much they love and support your content.

Also, as a content creator, you can now measure much more clearly how engaged your community is towards your work.

A way to mesure the engagement of your community

While the amount of concurrent viewers and followers allows to have an idea of your growth from one stream to another, it can be difficult to measure how loyal and engaged they really are.

With the introduction of a call to action (free with the channel points, charged for the subscriptions), being an Affiliate streamer is a way to unlock those tools representing the opportunity to gauge how invested their audience really is

The basic metric for this is the amount of subs compared to the average viewership. A high amount of subscriptions is the reflection of an engaged community.

A way to encourage people to be active in chat

Before being an affiliate, the only way to create interaction in your chat is to be able to create a debate and make your viewers talk in your chat.

Once you are an affiliate, you unlock small perks that can have a big impact on your overall chat interaction, particularly subscriber emotes.

As proven numerous times, having an active chat is a very important part of retaining new viewers who are very sensitive to the overall activity on the stream. An active stream will more likely convert a new viewer to a returning one.

The first step towards earning a revenue

With subscriptions, bits, and ads now being available to your stream, you can now start earning money during your stream.

It has been proven that as an affiliate, it is impossible to make a good enough revenue for the cost of living alone in most developed countries in the world. Yet, depending on your situation and how you envision your streaming career in the long run, having a small income can present some benefits :

Chat with your fans. Monetize your DMs.

Facilitate the call to paid actions

On paper, most of what becoming an affiliate means can be done through StreamLabs or setting up your own fan pages like Patreon, Utips, or such platform.

While Twitch takes a debatable cut of your earned revenue when someone subscribes to your channel or sends you bits, the fact that is the easiest possible way to support you is greatly helping this transaction to happen in the first place.

One of the prime examples of this is Twitch Prime, as this feature has been generating a ton of subscriptions since it was created.

Transcoding allows viewers to pick the resolution they wish for the stream.

While every partner gets access to transcoding, some Affiliates also can benefit from it based on the slots left.

While it doesn’t seem like a big deal, comfort is one of the key elements in an entertainment-based industry, and a large part of Twitch’s audience will only stay on a stream if they can have the best possible viewing comfort.

Signing the affiliate contract is a bad investing move

Ultimately, what Twitch offers you is the possibility to build a Streaming content business, one where you have to make decisions in order to develop your brand and reach your goals.

Going for the Affiliate program usually will be one of the first milestones in your Twitch career, but that doesn’t mean it is a mandatory one. Several now full-time streamers have bypassed the possibility to become Affiliate and only applied to be Partner on Twitch.

Indeed, while there are perks that will help you grow on Twitch, you are making sacrifices that might not be necessary at this point in your brand’s development.

You sacrifice potential growth for money

Multi-streaming will grow your brand faster than going Affiliate

When you go Affiliate, you agree that all the content you do on Twitch is exclusive to the platform for the next 24h.

Considering you are still in a developing time for your brand and name, limiting yourself to only 1 platform has been proven to be more hurtful than what the Affiliate program nets you. In this early stage of your career, being discoverable is the most important trait of your business.

As such, being able to broadcast on several platforms (like Facebook Gaming or Youtube live for example) and having complete control over your content to spread across multiple channels should grow your audience more than the relatively low income you will make with the Affiliate program.

Ads running on your channel are hurting your viewing numbers

One of, if not the biggest reason why streaming has become the favorite media of an entire generation is the fact that TV is constantly polluted by commercials.

Once joining the Affiliate program, ads will be a part of your viewers’ experience when tuning into your channel.

Unless you already have a substantial amount of viewers, ads will represent a very small amount of money, while it can discourage viewers and hurt your potential growth. 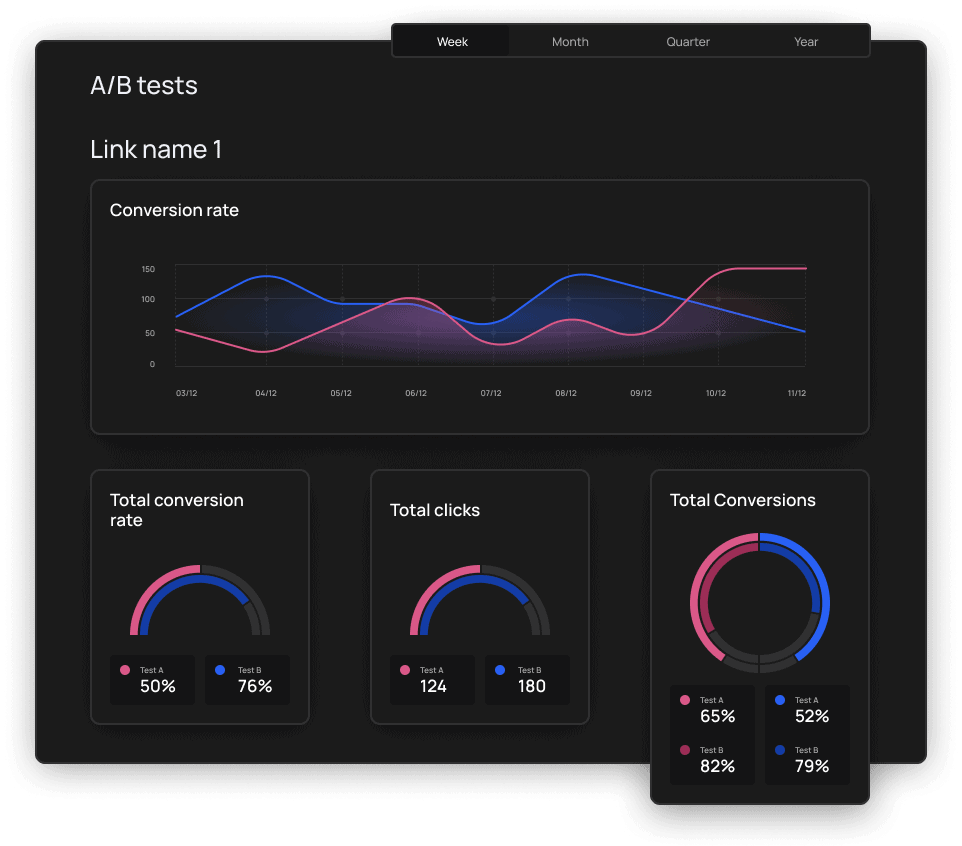 Your success is now bound to happen on Twitch

Twitch is undisputably the biggest streaming platform nowadays, meaning it is where the biggest success stories are happening, but also where there is the biggest amount of content creators.

When signing the Affiliate contract, you are creating a strong link between your brand and the Twitch platform. Therefore, you are now bound to build your reputation on Twitch rather than anywhere else, locking yourself in the most competitive streaming platform in the world.

Keeping your options open as to where you could grow your reputation, although it will cost you a bit of money as you wouldn’t earn potential revenues, increases your competitive power and flexibility as to how and where to develop your stream in the future.

Your numbers aren’t big enough for the money to matter

Twitch has a clause stating that you can only withdraw money from the platform if you have at least 100$ on your balance.

For the majority of affiliates on twitch, this means they can only withdraw money every 3 or 4 months, as their numbers aren’t good enough to reach the threshold every month.

This situation creates an emphasis on making money rather than developing your name. Any successful streamer would give the advice to not sign any contract before the number of potential subscriptions you would gain from going Affiliate allows you to reach the 100$ threshold, which is approximately 40 subscriptions.

Being Affiliate will not improve your average viewers per stream.

Both the Affiliates and Partners programs are based on viewing numbers to apply, as the most important requirement is the viewer average.

While going Affiliate will support your stream in a monetary way, it doesn’t help to attract new viewers, rather increase the fidelity of already existing ones.

Twitch doesn’t even require an account for anyone to check a twitch channel through a link found on the internet, anyone with the link can come and check out your channel. Because of this, it has been proven that in the very competitive environment inside the platform, the best way to be discovered on Twitch currently is to attract an audience from outside the platform. Something the Affiliate program does not help outside of the potential access to transcoding.

The Affiliate status is a distraction towards building a bigger audience

While the Partner program is more exclusive and requires competitive numbers to enter, going affiliate is considered a joke for many streamers looking back to it. Currently, only the Partner Program is seen as a Coveted Status.

The most important achievement according to successful streamers is to reach a critical mass in terms of audience, something the affiliate status does not participate in doing.

With money entering the equation, streamers are now enticed to focus more on their already existing audience, to whom they can sell perks. This will lower their efforts towards being discovered by new audiences, which is the most important part in order to reach a critical mass of viewers.

The Video tools bonuses only matter once you are Partner

One of the benefits of signing a contract with a streaming platform is the fact that you are gaining benefits in exchange for connecting your success to the platform.

When developing your channel, the most important benefits you can gain are your viewers’ comfort, which helps with both retaining regular viewers and making a good first impression on newer ones.

In this regard, the Video Tools you gain are very limited compared to what all streamers are getting. And most veterans would say that the ads now running on your channel will be a bigger detriment than the few bonuses you are getting.

For years now, the Affiliate status has been the source of debates about whether or not it was worth it to sign that contract.

Being an affiliate will help with improving the viewer experience of your already existing community. Those who have helped you get started in your journey can now benefit from perks and provide monetary support to your streaming career.

On the other hand, being an affiliate reduces your opportunities to build a name for yourself through other means than Twitch, while also not advancing your brand toward the praised Twitch Partnership program.

In the end, going for Affiliate is a business decision for Twitch streamers, based on which aspect of their development they would rather focus on. Streamers with the intention to keep on growing to newer audiences and make a name for themselves through cross-platforming shouldn’t take the deal. Those who are looking to build on their small but already strong community might be enticed to offer them the benefits that come with being a Twitch Affiliate streamer.